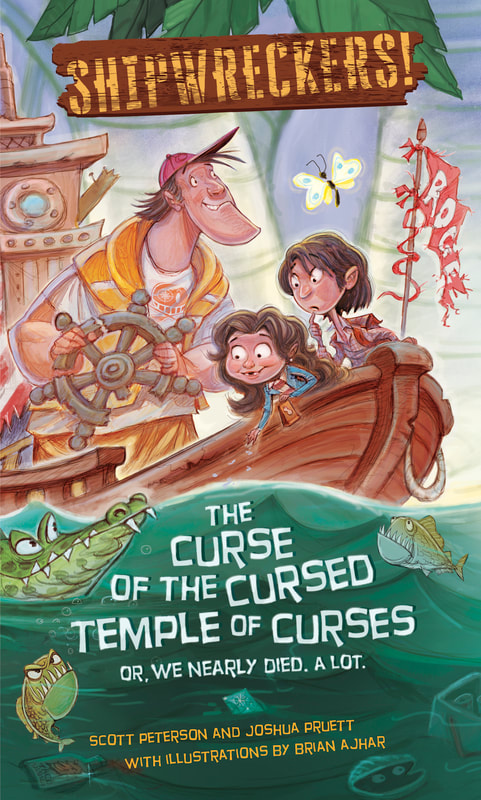 On a family vacation in Brazil, 12-year-old book connoisseur Mike Gonzalez does his best to protect his rambunctious 8-year-old sister, Dani, from the dangers of thrill-seeking. Enter Capt. Kevin Adventureson, an overconfident, pun-loving adventurer seeking fabled treasure deep in the Amazon.

When the siblings inadvertently get swept up in Capt. Kevin’s antics, Mike longs to escape the captain’s orbit at every turn, while Dani can’t get enough of her newfound hero. A detour leads to clashes with villainous thieves, and soon enough the trio is joined by Aruna, a feisty former waitress with a secret.

As the quartet pushes further into the Amazon, the makeshift heroes must narrowly overcome their adversaries, including ghastly caimans, dastardly rogues, and, of course, Capt. Kevin’s bungling whims.

With backgrounds in child-oriented television franchises, Peterson and Pruett deliver a pulpy, screwball novel that emphasizes action, danger, and humor over authentic exploration of Brazil. Chapters vary between Mike’s and Dani’s points of view via third-person narration, providing emotional plateaus as necessary, and sporadic journal entries from Capt. Kevin—a sort of deconstructed Indiana Jones—add some levity at critical points.

Ajhar’s dynamic illustrations introduce each chapter and appropriately set the tone for what follows: a journey spiked with absurdity. A racially diverse, seemingly mostly non-Brazilian cast is implied but not confirmed.
​
Fans of swashbuckling adventures will find much to enjoy. Just watch out for that inevitable sequel. (Adventure. 8-12)
​ 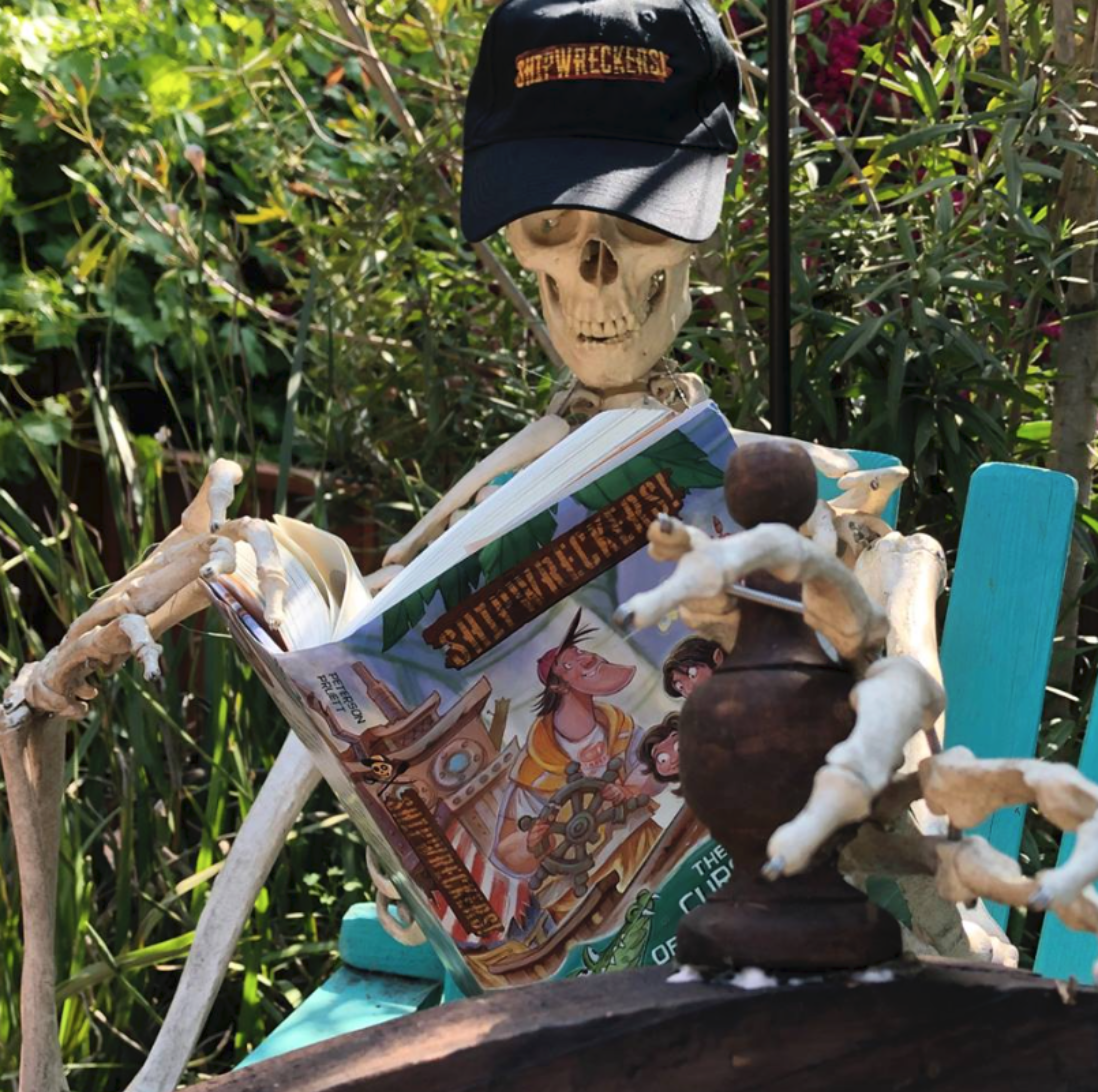 Another great review for #shipwreckers ! Thank you to librarian Natasha C. who uses such phrases as "page turner" "terrible puns" and "great, fun escape read!"

"This book for ages 8-12 was a lot of fun to read. Captain Kevin Adventureson, the main shipwrecker in the title, is a likable character despite his terrible puns and the fact that he only looks out for number one, himself. Mike and Dani Gonzalez are on a vacation to Brazil with their parents when they go on a boat tour up the Amazon with none other than Captain Kevin. Mike is cautious, loves books and always carries them in his trusty messenger bag. Dani, his little sister is up for anything and wants to have adventures like her heroine from Mike’s books, Bermuda Betty. When Captain Kevin abandons his tour group and sets off in his boat the Roger Oberholtzer, he has no idea Mike and Dani are on the boat. Thus begins a lot of crazy adventures involving jewels, villains, ancient temples in the jungle, the Bermuda Triangle, and mummies. This story wasn’t a deep one, although all of the characters, even the self-involved Captain Kevin, showed growth but it was a page turner and I thoroughly enjoyed reading about the amoral Captain, cautious older brother Mike, and crazy and brave little sister Dani. The ending sets the reader up for another adventure so I think we’ll see more of these three in future installments. A great, fun escape read!" 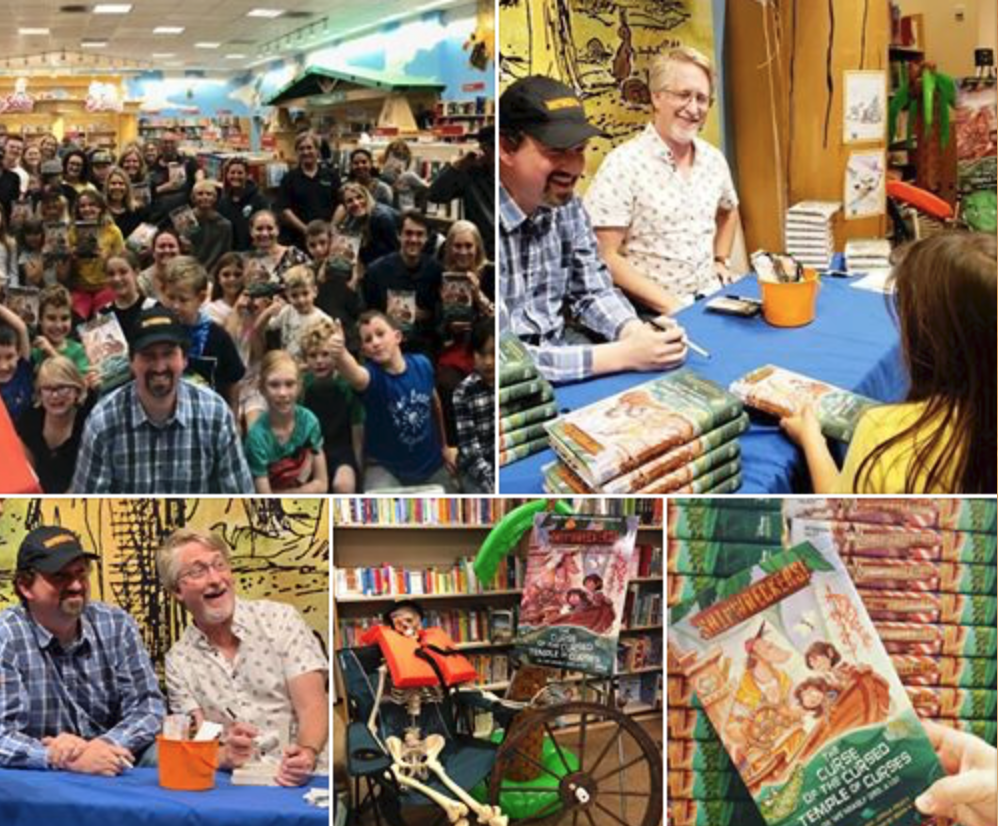 To buy your own copy, click on the link below!