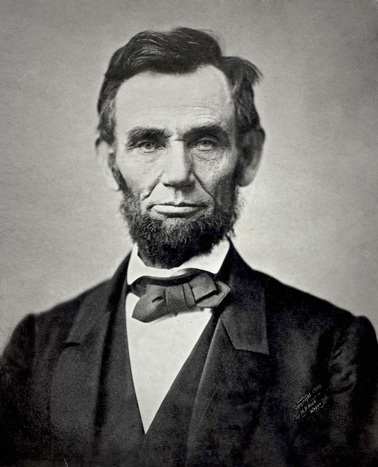 WASHINGTON, D.C. –  A treasure trove of 19thCentury pornography was discovered during recent renovations at the White House, and experts have verified that they are the work of our revered 16thPresident, Abraham Lincoln.

“Don’t let the dignified beard and stove-pipe hat fool you,” stated federal investigator John DesJardin, “The only thing Honest Abe wanted to emancipate was women from their clothing!”

What was surprising to everyone involved was the fact that the former Congressman from Illinois had created what appears to be the first X-rated video” in history.   Using a series of photos taken in rapid succession, no doubt by White House photographer Matthew Brady, Lincoln created a flip-book to create the illusion of motion.    Entitled “The Gettysburg Undressed,” the short movie established all the standard elements of today’s pornographic cinema:  low production value, atrocious acting, and a flimsy excuse for a story involving a sweaty Confederate soldier and a bored housewife.

“Perhaps most astonishing,” Radinsky noted, “Was that we were able to identify the male lead of Lincoln’s lewd production: the infamous John Wilkes Booth.”    Extensive research leads the historian to believe that the “movie” was made in early 1865, mere months or even weeks before the actor assassinated the President at Ford’s Theater in Washington.

As speculations and accusations multiply, federal investigators will also have to wrestle with these disturbing questions: Despite abolishing slavery, wasn’t  Lincoln making sex-slaves of his underpaid actresses?   Was Secretary of State William H. Seward assisting as an on-set fluffer?  Did the lanky Lincoln himself have aspirations of sultry stardom, but fell short of the requirements?  And a question that perhaps only time can answer:  Once his carnal collection hits the internet, will it become Lincoln’s true memorial?