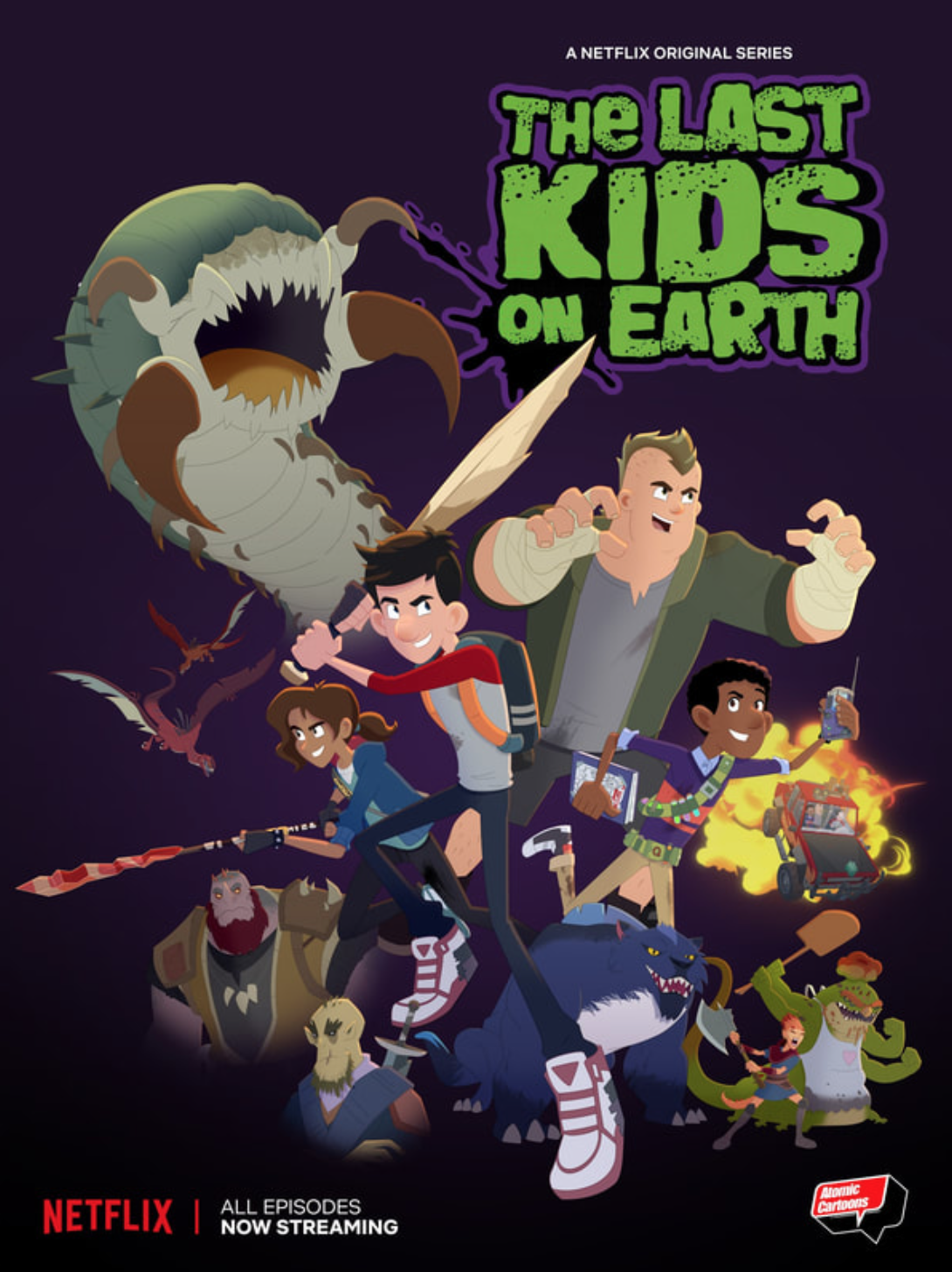 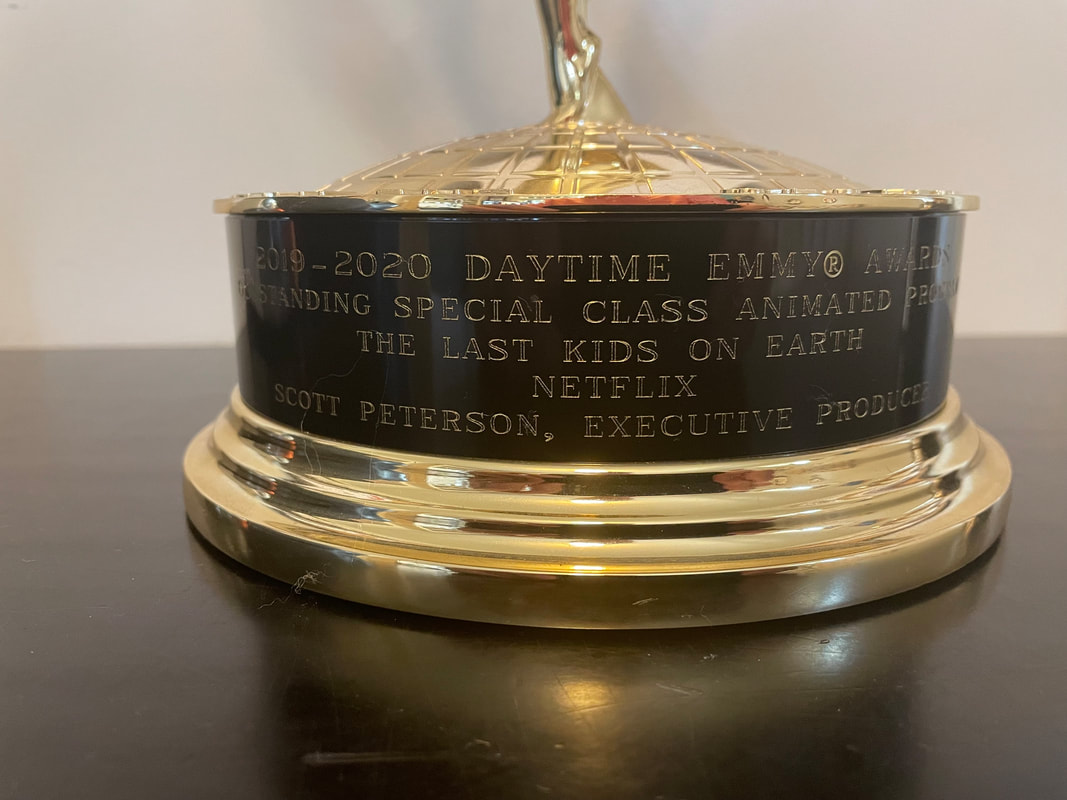 "The Last Kids on Earth" is a kick-butt animated action comedy series on Netflix, based on the cool New York Times Bestselling book series by Max Brallier. We produced three seasons of the show and an interactive special and were awarded an Emmy, a Leo, and a Telly for the first season.

The show was produced by Atomic Cartoons with all of the amazing designers, board artists, animators, and editors up in Vancouver. Only the writers and I were down in Los Angeles along with a handful of Atomic execs and a few of the cast members. Because of this, we were doing remote working via zoom years before Covid made it commonplace.

Although Netflix refuses to give out viewership numbers, I may have heard an unsubstantiated rumor that when it first aired (or streamed if you want to be technical), it was the most watched animated series they had ever had. So there's that.